Bellator 216: MVP vs. Daley took place on February 16, 2019 at Mohegan Sun Arena in Uncasville, Connecticut The event aired on DAZN and Sky Sports in the UK live. The event featured a Quarter-Final round bout in the Bellator Welterweight World Grand Prix between Michael Page and Paul Daley in the main event. On January 10, 2019 it was reported that a welterweight bout between Erick Silva and Yaroslav Amosov was added to the event. The card also featured the Bellator MMA debut of former K-1, Pride and UFC fighter Mirko Cro Cop, as he faced Roy Nelson in a rematch. The pair previously fought seven-and-a-half years ago at UFC 137. 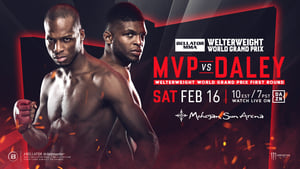